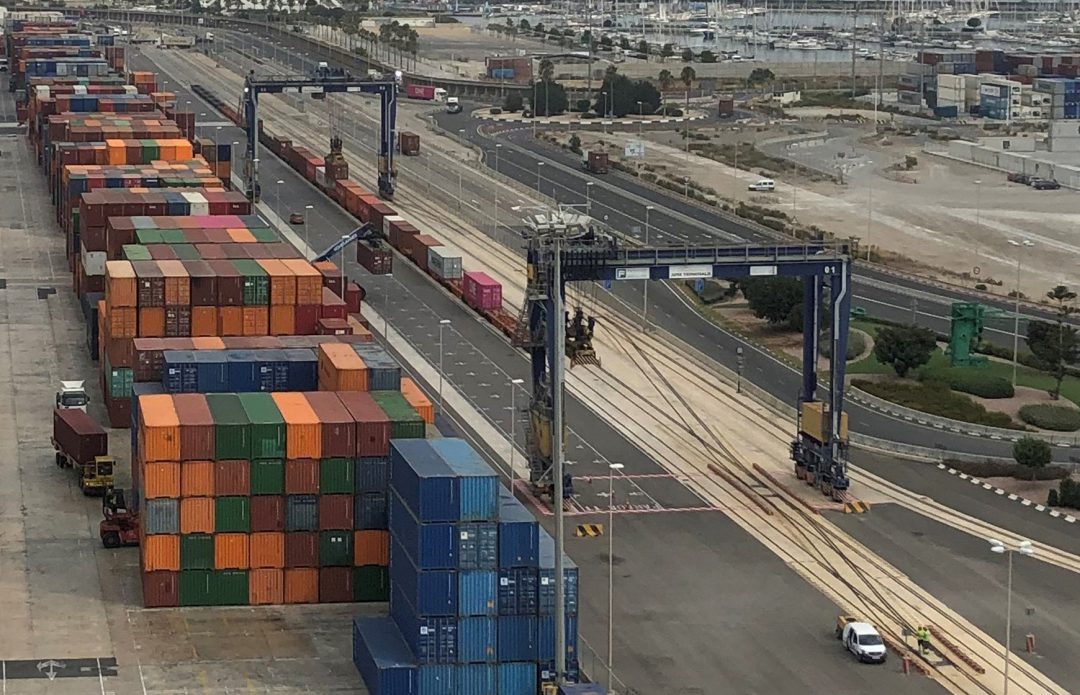 As part of a global roll-out, APM Terminals Valencia, Spain has launched a new Virtual Private LTE provided by Telefonica Spain. LTE (network are a standards-based network that use dedicated radio equipment to service the terminals applications and services and can be tailored for more optimized performance such as low latency.

Industrial wireless connectivity has become a digital enabler for APM Terminals’ global initiatives such as the standardisation of Terminal Operating Systems, reporting and support; Asset Digitalization; and GPS based Position Detection Systems used for auto-locating containers in a yard. APM Terminals Valencia’s existing WiFi network was struggling to reliably handle increased data volumes demanded by this digital transformation, and a complete re-design was therefore needed.

The use of dedicated equipment allows it to be independent of traffic fluctuation in the wider network. “Stable and reliable industrial wireless infrastructure is critical for all automation and digitization efforts,“ explained Jack Michael Craig, Head of APM Terminals Global Technical. “The foreseeable trend is that the number of applications and use cases requiring wireless capabilities will increase at terminals,”

A dedicated 4G Radio Access Network (RAN) was installed in the Terminal yard, integrating it with the existing Core (EPC) part of the public telecom infrastructure. An end-to-end IPSec Tunnel was used as an encryption mechanism to segregate APM Terminals data from general carrier data to ensure this wireless solution meets the company’s global security requirements. Telefonica Spain provided this solution with the 4G Licensed frequency spectrum they own within Spain.

Overall this is an optimized, standardized, cost effective, and security compliant Industrial Wireless connectivity solution at the Terminal to support APM Terminal’s global transformation with possibility to easily scale if there is growth in the terminal requirements. Ultimately customers will benefit from improved data, terminal efficiency and stability. 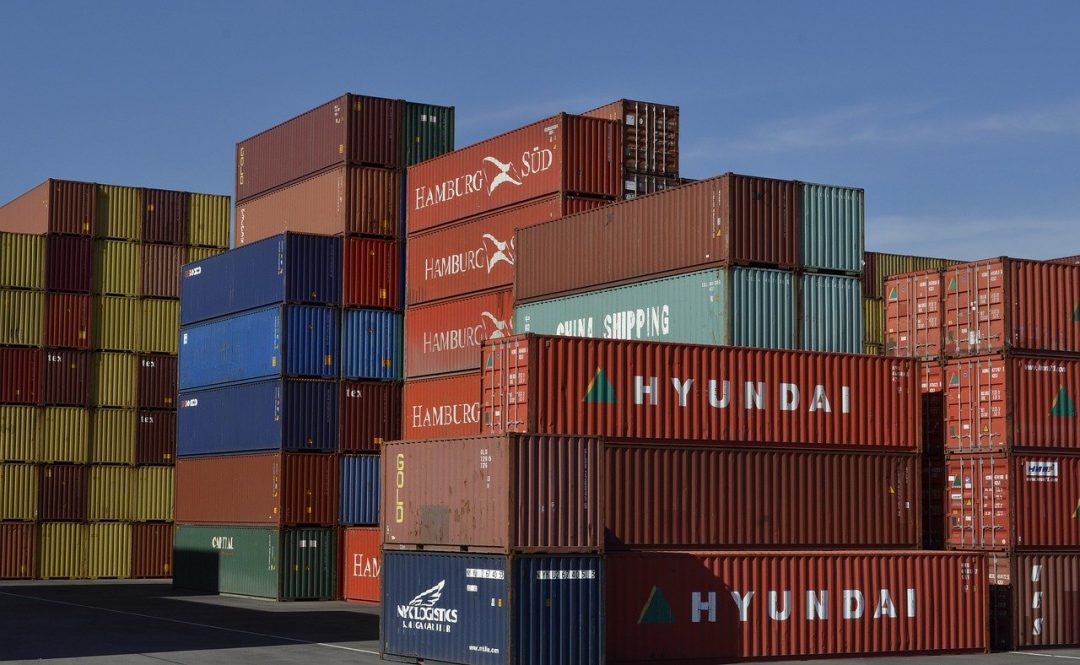 NSW Ports continues to invest in the creation of sustainable and efficient port supply chains with the construction of a new 2.4 hectare empty container park at Port Botany.

Located within the port on Simblist Road, the new empty container park is leased by Tyne Container Services and will operate 24/7, providing a full service facility when it opens in June 2020. It adjoins the existing Tyne (MT Movements) container park to effectively ‘super-size’ the site, delivering an additional 5,000 TEU in empty container capacity.

“NSW is an import dominant container market, which can lead to high demand for empty container storage capacity during peak seasons. We continue to invest in Port Botany to ensure its ability to efficiently and sustainably cater for trade growth, and through this development we have optimised the utilisation of existing land to create an additional 5000 TEU in container storage capacity to enhance the productivity and efficiency of empty container movements,” she said.

Tyne Container Services Director, Aaron Powell said, “Through clever design and construction, we’ve been able to create further operational capacity and expand our ability to handle empty container volumes. The new empty container park will have capacity to handle both empty containers bound for overseas re-deployment as well as empty containers for re-use as full exports. This coordinated container movement means we can better service our shipping line customers and we look forward to commencing our new operations in June.”

Construction of the new empty container park was delivered by Ward Civil and took 4 months to complete. 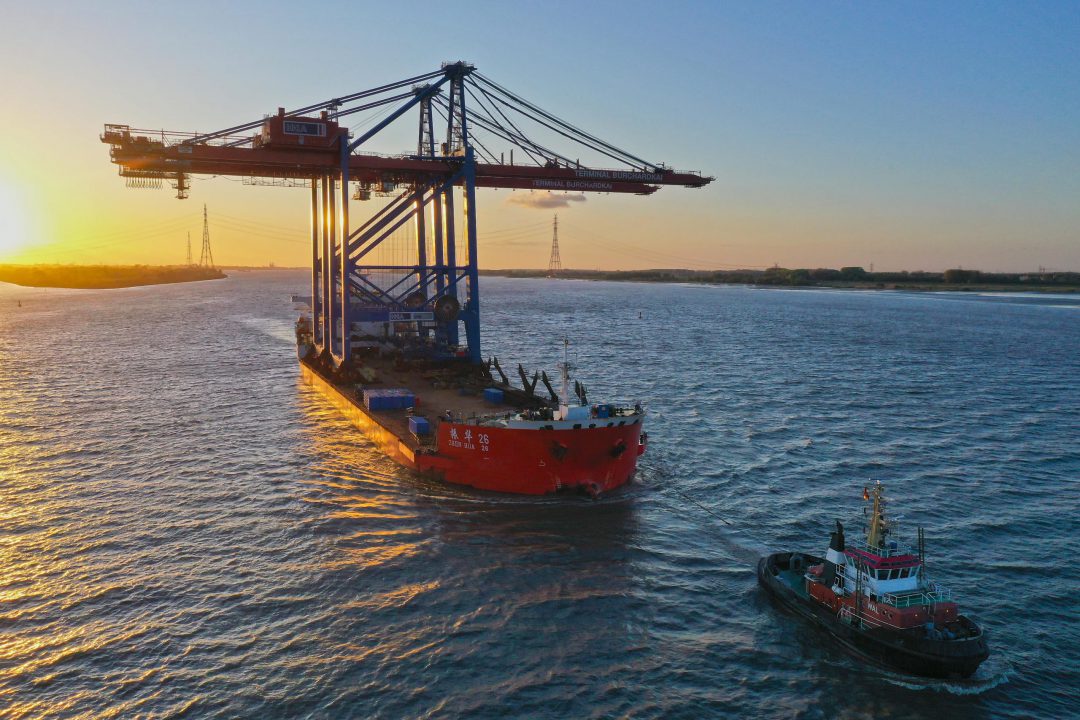 The two state-of-the-art container gantry cranes arrived at their temporary berth at Athabaskakai on board the “Zhen Hua 26”. Preparations for the complex discharging process will take place there before the special ship shifts to their final location at berth 6 in the Waltershofer Hafen.

“With the new container gantry cranes, we will ensure that our customers continue to receive the high quality of handling they’re accustomed to in the future. We are thus making an important contribution to the supply of both the population and the companies with goods and commodities. At the same time, the competitiveness and attractiveness of the Port of Hamburg will be strengthened in conjunction with the fairway adjustment of the river Elbe,” says HHLA Executive Board member Jens Hansen.

Burchardkai is both the oldest and the largest container handling facility at the Port of Hamburg. The first container ship in Hamburg was handled here in 1968. It had a capacity of just 1,200 TEU. Today, the biggest container ships in the world are handled at Burchardkai. After the five new container gantry cranes have started operation, the number of mega-ship berths at CTB will increase from two to three. HHLA also has another mega-ship berth in the Port of Hamburg at Container Terminal Tollerort. 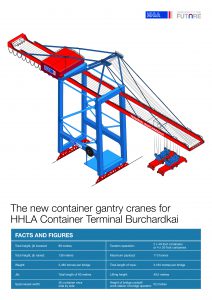 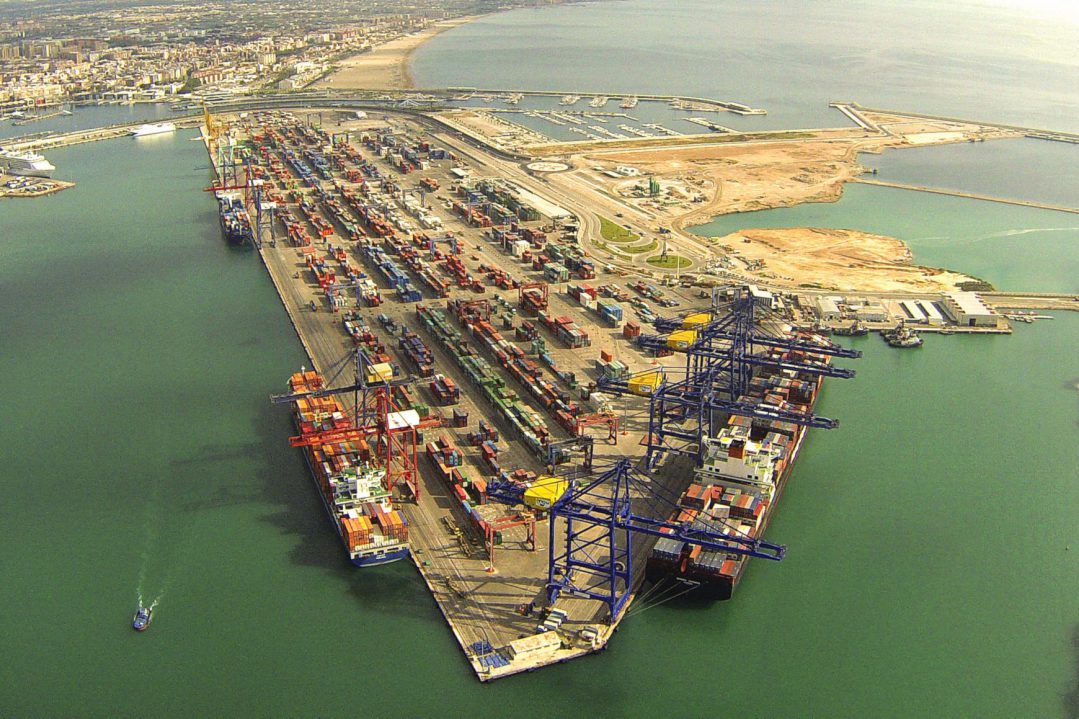 APM Terminals Valencia received the internationally recognized security status, Authorized Economic Operator for customs simplification (AEOC) from the EU last month. The aim of the AEO program is to enhance international supply chain security and to facilitate legitimate trade, is open to all supply chain actors

Miguel Marín, Commercial Director of APM Terminals Valencia, explained that AEO certification recognizes the terminal, “As a safe and reliable business partner that operates in close collaboration with customs authorities and other government authorities.”

For customers, certification translates into simpler customs procedures, fewer physical and document-based controls, and priority treatment if selected for control. For Marín, “AEO status also means that the controls we have in place minimize delays and enable better planning, better customer service and lower inspection costs.”

The terminal also complies with all the safety requirements established in the International Code for the Protection of Ships and Port Facilities (ISPS).

The AEO certification process required the terminals to align a number of procedures to the requirements established by the European Economic Community. “This involved a lot of detailed work as we have always been proactive in the terms of minimizing procedures and making them more efficient,” explained Marín.

AEO status for Rail Terminal since 2016

APM Terminals Valencia’s rail terminal, which connects directly with the national network to meet import or export needs anywhere in the Iberian Peninsula, received AEO certification already in 2016. It offers daily trains to the Madrid area and other regular connections with the main logistics areas of the country.