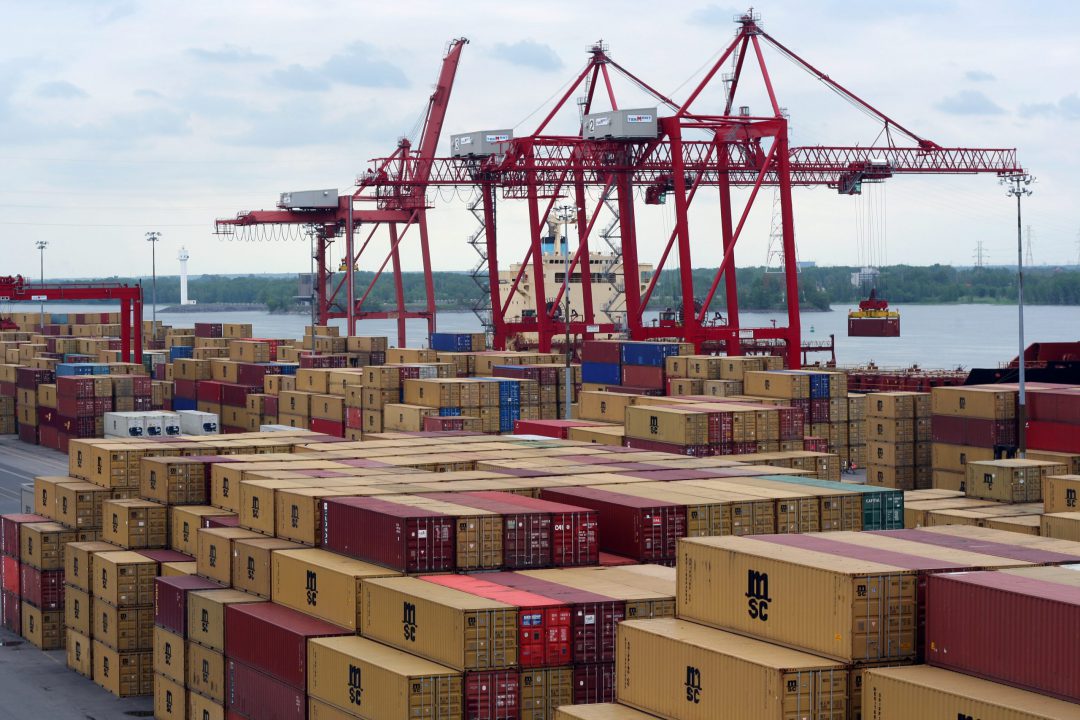 Kalmar, part of Cargotec, has concluded an agreement to supply container terminal operator Termont Montréal Inc. (Termont) with a suite of Kalmar SmartPort process automation solutions for its cargo-handling equipment fleet. The order, which also includes service deployment, configuration and ongoing support, was booked in Cargotec’s 2020 Q1 order intake, with delivery scheduled to begin in Q2 of 2020.

Termont is based at the Port of Montréal. Their Maisonneuve terminal has been running for over 25 years and handles over 500,000 TEU of containerised cargo per year. The company’s new Viau terminal, also in Montreal, provides additional space to accommodate customer growth. Termont’s fleet of cargo-handling equipment includes rubber-tyred gantry cranes, Front End Loaders and terminal tractors.

Julien Dubreuil, General Manager, Termont: “Particularly during situations like the current pandemic, the ability to remotely access real-time and historical equipment data is invaluable. SmartMap, for example, will give us clear visibility over what our machines are doing between jobs and therefore help us identify where we can make improvements in operator training. Furthermore, we have been using the Navis N4 terminal operating system for some time, and now have the opportunity to automate a number of data collection functions to improve operator productivity, safety, and data accuracy.”

John Scott, Vice President, Automation Sales, Americas, Kalmar: “Kalmar SmartPort solutions help terminal operators be more efficient, to see the big picture, think on their feet, reduce complexity and make smarter decisions that boost efficiency. During the evaluation process Termont had the opportunity to visit Kalmar’s existing customers to learn about their experiences and to benchmark existing processes.” Delivery of the SmartPort hardware will begin in Q2. Kalmar will provide a comprehensive package to Termont which includes setup, configuration, go-live planning and ongoing support. 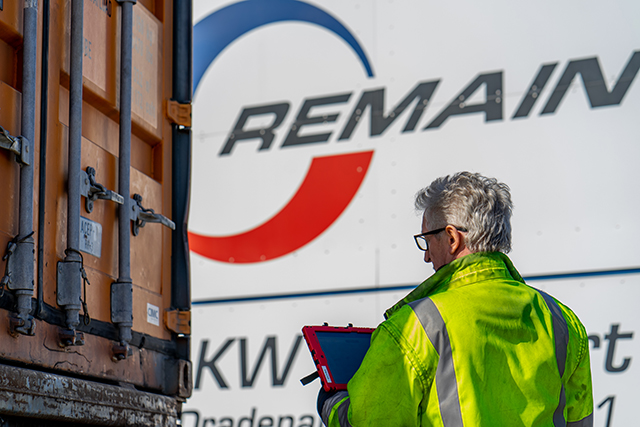 REMAIN GmbH Container Depot and Repair, the company of the EUROGATE group for the repair and maintenance as well as the intermediate storage of containers, has been using the new depot information and control system “remainMybox” since the beginning of 2020.

The software, which was developed in collaboration with the IT department of the parent company EUROGATE, completely digitizes all operational and administrative processes of REMAIN and transmits all process data to the users in real time.

Kai Warnken , Managing Director of REMAIN, said about the market launch of remainMybox:  “The replacement of manual work steps by digital control of the entire depot operation is a quantum leap for us. With this solution, we have not only arrived in the 21st century, but have also created a new standard that is second to none in the market. ”

The new depot information and control system “remainMybox” is adapted to all current and future requirements of a modern container depot. The aim of developing this solution was to increase efficiency, transparency towards customers and sustainability by abolishing paper-based individual processes. The modular system now offers these results in practice, for example through digital container files, the digital recording of check and inspection processes, the digital workshop card, a direct integration of all large devices used (reach stackers and empty handlers) via the iPad app and the automatic creation and sending estimates and invoices.

Patrick Jandt , Head of IT at EUROGATE, said: “remainMybox not only simplifies the processes in the depot; it efficiently merges them. Thanks to mobile devices, the colleagues at REMAIN can now determine and transmit all essential data in real time and in a quality that has not existed before. The first weeks of using remainMybox already show a noticeable improvement in all parts of the control of the company. ”

Kai Warnken added: “When developing StayMybox we always had a special focus on our customers. I am sure that they, like us, will quickly benefit from the advantages of the accelerated and smoothly functioning control system. ” 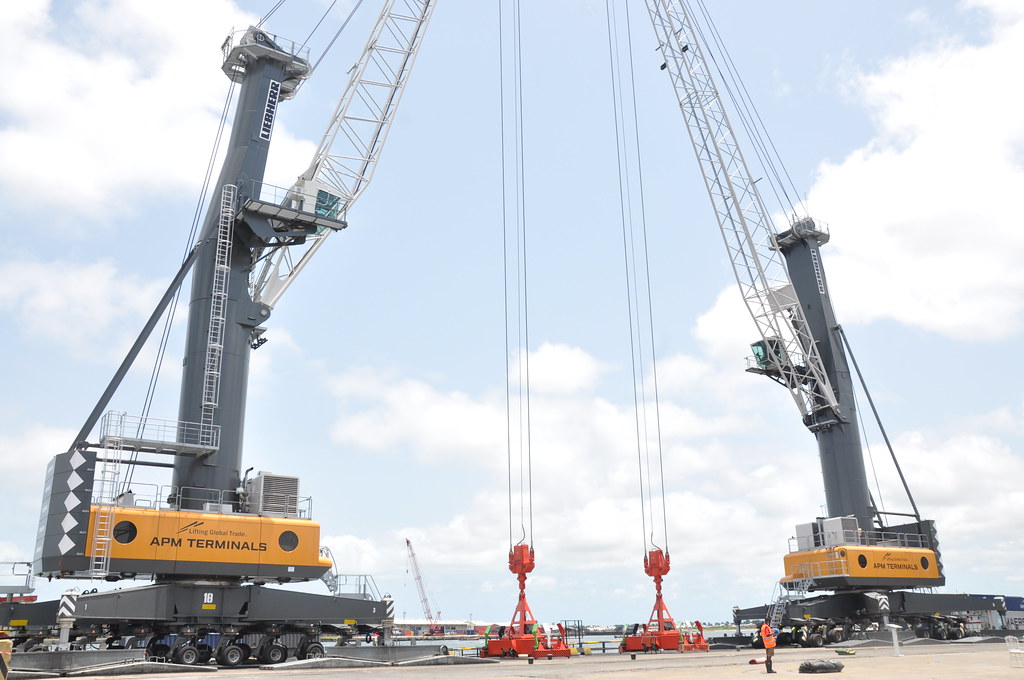 The new cranes were acquired as part of APM Terminals’ additional investment of USD80 million (N33.6billion) for the year 2020-2021, bringing the total investment by the company in Apapa since 2006 to USD438million (about N184billion), which is the highest by any private terminal operator in Nigeria.

APM Terminals Apapa, which is located in the nation’s premiere seaport at the heart of Nigeria’s commercial hub, Lagos, is the biggest container terminal in West Africa and the best-equipped port terminal in Nigeria.

While commending the management of APM Terminals for acquiring the new cranes, Bala Usman said, as the ports become more efficient, efforts must be made to enhance cargo delivery processes and free the ports of longstanding cargo.  “We are engaging with the Nigeria Customs Service to remove overtime containers from the port to free vital space for incoming cargo.

“We are also working with terminal operators to increase the barging of containers to take pressure off the roads. We have noted a significant growth in barging capacity and operations with more containers moved daily by barges from the port,” she said.

He said, “The additional investment we are making is to handle the increased trade volumes into Nigeria. Trade in Nigeria is growing due to the many favorable efforts and policies of the Federal government of Nigeria including but not limited to the policy on ease of doing business; stabilization of foreign exchange; closure of the land borders which has increased the use of our sea ports; and diversification of the economy.

“The additional investments will create capacity to handle the growth in the economy to support the Federal government’s efforts on trade growth and improve service delivery across the logistic chain in Nigeria.”

APM Terminals Apapa took over operation of the Apapa container terminal in 2006 under the Federal Government’s port reform programme. Since then, APM Terminals has invested heavily on infrastructure, container handling equipment, yard expansion, modernisation of the terminals’ IT hardware and software systems, and development of additional capacity.

The huge investment has resulted in significant improvements in productivity, reduction in vessel waiting time and a doubling of container volumes at the port. 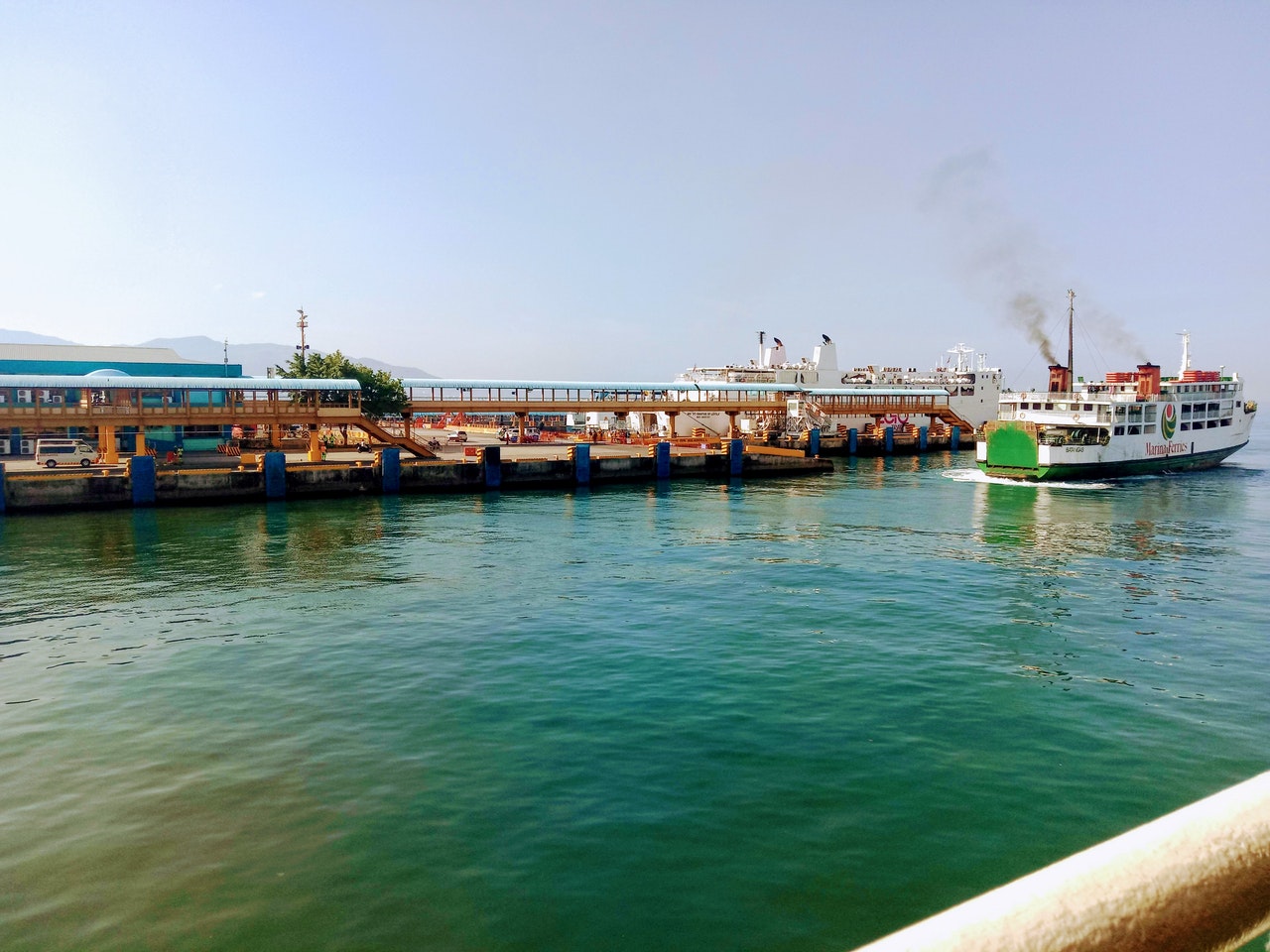 The Manila and Batangas gateway ports managed by Asian Terminals Inc. (ATI) are operating at optimum level, facilitating the continuous flow of goods in the supply-chain, over a month since the implementation of the Covid-19 Enhanced Community Quarantine (ECQ).

ATI attributes this mainly to the decisive policy of key government agencies, the leadership of the Philippine Ports Authority (PPA), and the support of stakeholders and port communities.

In early April, the Department of Trade and Industry (DTI), the Department of Finance (DOF), PPA and the Bureau of Customs (BOC) issued Joint Administrative Order (JAO) 20-01 which established stringent guidelines for the expedient and unhampered flow of cargoes from the terminals during the ECQ.

The JAO has pre-empted possible logistics bottlenecks during the ECQ with containers, particularly refrigerated vans, being pulled out slower than usual by cargo owners. Pursuant to the JAO, overstaying cargoes are being transferred to offsite container yards to free-up precious space at the container terminals.

A week after the Lenten break, berth and yard operations at Manila South Harbor have remained steady, with yard utilization at an optimum level of around 70%. Over in Batangas, yard utilization at the Batangas Container Terminal has remained its usual 50%, with manufacturers and industrial locators, mostly based in Calabarzon (Cavite, Laguna, Batangas, Rizal and Quezon), pulling out cargoes in a regular and timely manner.

“We are grateful to PPA, BOC, DTI and DOF as well as the Interagency Task Force for setting the right policy at the onset of the ECQ. Government’s early intervention was critical to ensure that terminal operations remain unimpeded, so that the flow of food, raw materials, medicines, health equipment and other essentials remain unhampered, especially during this time of national emergency,” ATI executive vice president William Khoury said.

“We also thank our dockworkers, our valued customers and other stakeholders for their support and for coming together to ensure that our ports remain upbeat at this critical juncture,” Khoury added.

While the situation has remained stable, the terminal operator underscored that the ports and logistics community should not let up on the positive gains, but rather keep up the pace in inducing cargo movement.

Consignees are reminded to pullout containers from the terminal at the soonest possible time while other players such as private warehouses are encouraged to step-up operations as important linkages in the logistics cycle.

Meanwhile,in related developments, the Bureau of Customs – Port of Manila has ramped up the operations of its X-ray division at Manila South Harbor to further fast track container releases. X-ray examinations now run round-the-clock 24 hours a day, 7 days a week.