Navis, part of Cargotec Corporation, the provider of operational technologies and services that unlock greater performance and efficiency for leading organizations throughout the global shipping industry, announced it will leverage the solutions offered by startups, i4sea and Teqplay, as part of the Navis Smart Suite offering, specifically enhancing Navis’ capabilities to provide port call planning and optimization for terminal operators.

The memorandum of understanding to explore this relationship comes on the heels of a successful joint business project completed at the Rainmaking Trade & Transport Impact program in the Fall of 2019, which gathered global startups and corporations to solve the biggest challenges in maritime, trade and transport.

“Engaging with these two innovative young companies is a great example of how Navis and Cargotec are staying in the front seat of digitalization within the container industry, by not only developing and providing their own solutions, but also collaborating with others and linking relevant third-party offerings to their portfolio to maximize the value for customers and the industry,” said Tero Hottinen, Director, Emerging Digital Business, Cargotec.

“The berthing process is one of the most important stages in maritime logistics. Yet it’s inefficient management can have a great impact on finances, not only of the terminals but also of the rest of the stakeholders involved, especially the carriers,” said Ajay Bharadwaj, Senior Product Management Director at Navis. “As part of the Navis Smart Vessel Planning suite, our berth window management solution supports terminals and their customers in eliminating uncertainty when planning the berth schedule of a vessel. This enables the maximization of berth space, the increase of throughput and the reduction of cost per move. The solutions from i4sea and Teqplay complement what we already provide as a leading solution, and through this engagement, we can continue to improve service to our customers.”

“Solving the complex challenges of the maritime industry requires close collaboration, and Navis, i4sea and Teqplay have the capabilities required to bring the industry to the next level,” agree Leon Gommans, CEO of Teqplay and Bruno Balbi, CEO of i4sea.

Navis, a part of Cargotec Corporation, and the provider of operational technologies and services that unlock greater performance and efficiency for leading organizations throughout the global shipping industry, today announced that Haifa Port Company has successful completed their N4 migration project with remote support from Navis.

Located in northern Israel, Haifa Port Company is the largest port in the region, operating at 1.4 million TEU and handling over 25 million tons of cargo, annually. Due to future growth expectations and the demand to add new terminals to the company, Haifa Port Company initiated a project to merge facilities that historically operated as independent operations into one integrated terminal with common equipment, processes and IT management, all overseen by a single management team.

As a result of the pandemic, the Navis team could not be on-site to complete the go-live. However, with the full support and hard work of both the Navis and Haifa Port teams, they were able to overcome challenges and complete the project on schedule.

“These COVID-19 delays and restrictions will continue to dominate businesses over the next few months and beyond. We didn’t want COVID-19 to hold us back from our projects and plans, especially upgrades that can help make day-to-day activities at our site more efficient,” said Oded Orr, Project Manager at Haifa Port Company. “After making the shift to an N4 single-facility remotely, we have already seen great results and are now able to operate out of our new terminal successfully.”

“Our job at Navis, is to work with our customers to find solutions that help them optimize their businesses to help them reach their goals,” said Jacques Marchetti, General Manager, EMEA at Navis. “After working with Haifa Port Company to help them complete their N4 integration project, they are now able to address current operational challenges and have a solution in place to help their business run efficiently as they scale.” 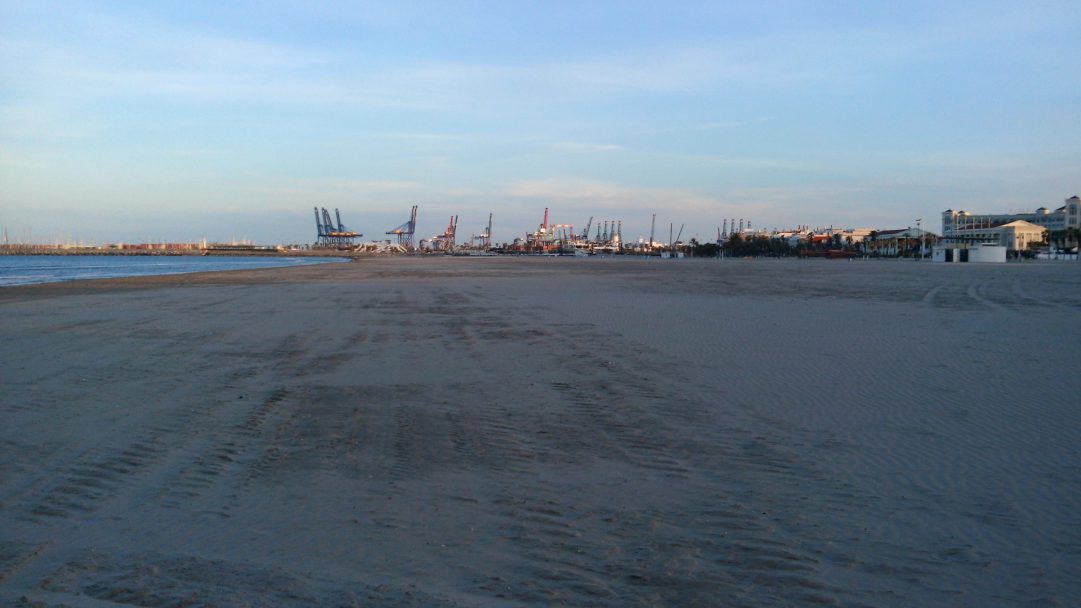 Valenciaport receive more than 1,000 images for the exhibition-tribute in memory of the Covid-19 crisis. Image: Port Authority of Valencia

The Port Authority of Valencia has received more than 1,000 photographs to celebrate the exhibition-tribute to society in the form of images showing the day-to-day adaptation to the health emergency caused by the Covid-19. An initiative that includes photographs sent by all kinds of people and that shows in an illustrative way how the Coronavirus pandemic is being dealt with from different points of view, with snapshots that reflect aspects such as the actions of health personnel, teleworking, confinement, adaptation to de-escalation, etc. Images that show the capacity of human beings to face a situation that has changed our routine and show the solidarity and pain caused by the pandemic.

The PAV wanted to involve the whole society to participate in this tribute and therefore has requested the collaboration of Agrupación Fotográfica Valenciana, Foro València Foto and Foto Club València to reinforce the exhibition of photographs that will be held in the Clock Building in the Port of Valencia. The photographs can be sent until July 1st to the email address [email protected]valenciaport.com

To date, the Port Authority of Valencia has received more than 1,000 images that can be seen in an online exhibition on the website www.valenciaport.com. This initiative will culminate in an exhibition in the Clock Building, an emblematic place in the city of Valencia that is becoming a cultural reference point, of a selection of images that will be taken by professional photographers: José Aleixandre, José Penalba, Alba García, Antonio Alcaraz, Eva Mañez, José Poveda and Tania Castro.