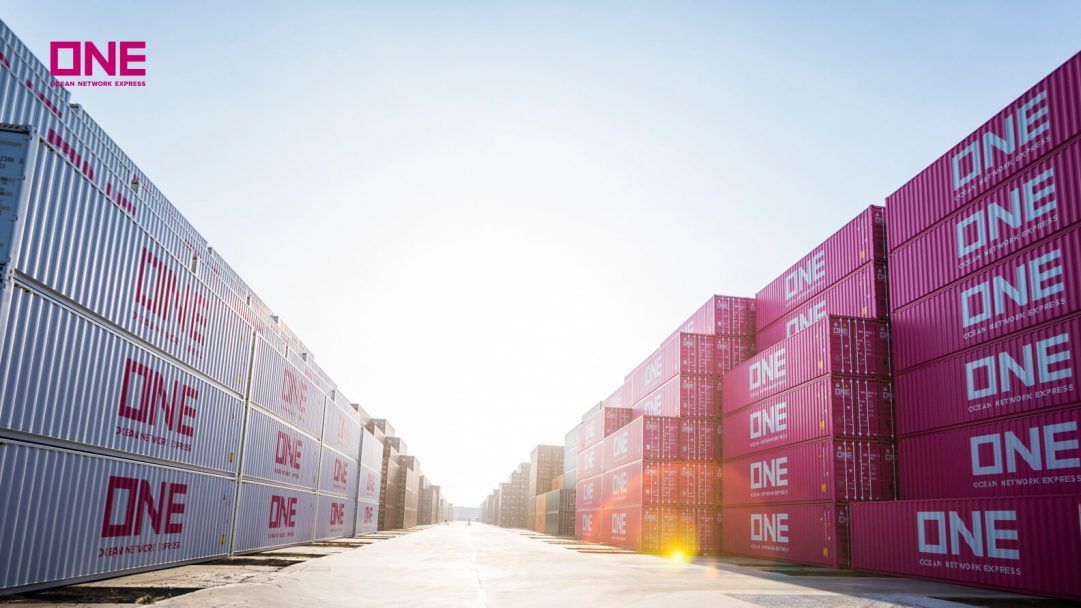 ONE continues to expand Refrigerated Container (Reefer) fleet to meet growing demand of perishables. Image: ONE

Ocean Network Express (ONE) is expanding its current refrigerated container (reefer) fleet by adding another 5000 (40” HC) units, including 200 units equipped with advanced Controlled Atmosphere (CA) technology, to meet growing demand of refrigerated cargo around the world.

ONE has one of the largest, state of the art reefer fleet in the world, equipped with the most advanced technologies designed to handle perishable cargo demand. With this new investment of 5000 reefer units, coming on the heels of last year’s procurement of 6,000 units, ONE demonstrates its strong commitment to meet growing demand for containerized reefer trade.

In 2019, global refrigerated container volume grew by more than 7%, augmented by expansion of middle class in Asia constantly demanding healthy food choices. In 2020 too, despite challenges posed by coronavirus pandemic, the prospect of global refrigerated container trade remains strong specially for protein and fresh fruits segment and ONE expects the growth momentum to be maintained for remaining months of the year.

ONE is currently working towards the application of latest IoT technology into its fleet of reefer containers which allows real time visibility of critical information such as temperature, humidity inside the container, thereby enhancing value chain proposition of perishable trade.

Jun Shibata, Senior Vice President of Strategic Yield Management, commented “As one of the leading refrigerated container carriers in the world, ONE is continuously investing in new reefer containers to meet growing demand in perishable cargo segment around the world. We are committed to provide our customers with reefer containers equipped with the most up to date specifications to ship perishable goods and enable them to expand to new markets around the world.”

ONE’s Global reefer strategy The Global Reefer Business Planning team (GRBP), based at ONE’s HQ in Singapore, develops ONE’s global reefer marketing and business strategy through close monitoring of market demand and closely collaborating with the regional reefer steering desks located in different parts of the world. ONE’s Reefer technical team is available both on board and on shore to provide round the clock assistance and monitoring of precious reefer cargo thorughout the voyage. 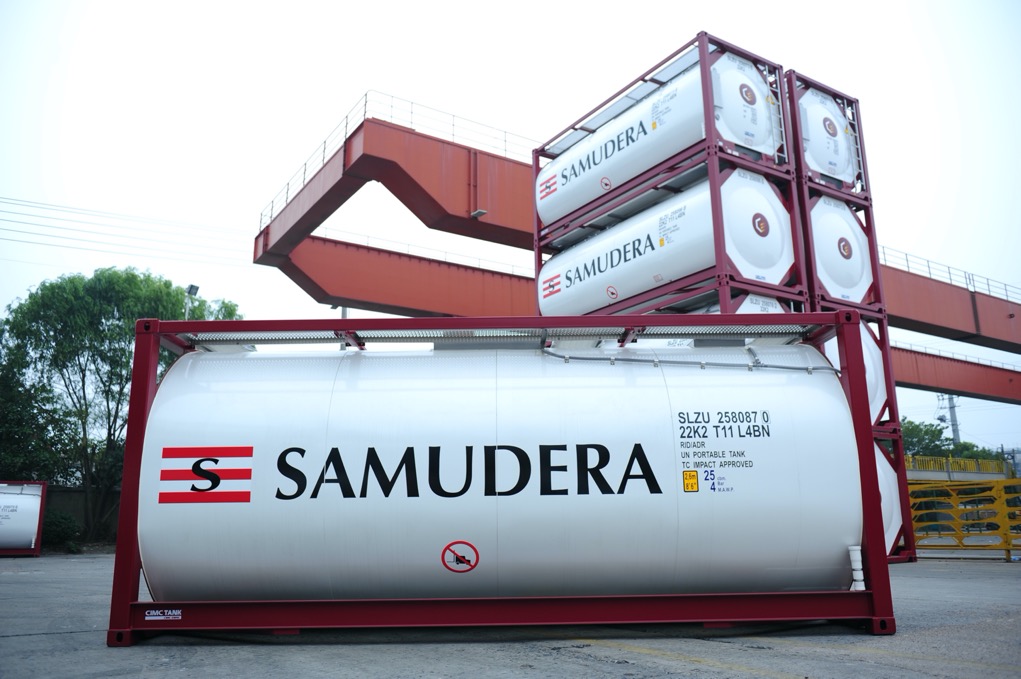 CyberLogitec, the leading provider of maritime, port/terminal and logistics operations technologies, announced the deployment of CARA, its Collaboration Platform, at Samudera Shipping Line.  The platform is expected to support Samudera in improving their operational efficiency, document accuracy, traceability and safety of their special cargo (DG/OOG) management.  The platform went live in February 2020, making them the first carrier to adopt a platform-based digital solution to manage their special cargo processes as a regional carrier.

Samudera is now able to integrate their email processing through CARA, which then applies automated validation checks with its embedded DG database, enabling email responses via CARA back to their carrier partners.  This greatly improves the response time, workflow and overall accuracy of the verification and approval process for such special cargo applications.

Samudera Shipping Line’s Commercial Director, Capt. Tan Meng Toon, said, “Going digital for our special cargo management is a necessary and crucial step for the business to ensure more efficient and accurate assessment and approval for such high-value cargos. This is a critical pillar of Samudera’s strategy to reinforce its position as a leader in containerized regional and feeder services.

Additionally, safety has always been one of our top riorities, CARA minimizes risks in the special cargo application processes and overall management. It will guarantee the safety of the personnel, protect the environment and meeting regulatory compliance throughout the cargo handling process.”

evin Choi, Managing Director of CyberLogitec Global, said, “With a single data source, the platform enhances and simplifies Samudera’s current special cargo-handling processes, allows faster, safer decision-making and supports the track-and-trace capabilities. We are enthusiastic about working together with Samudera to develop a truly innovative platform, ensuring that their business supply-chain is as robust and safe as possible.” 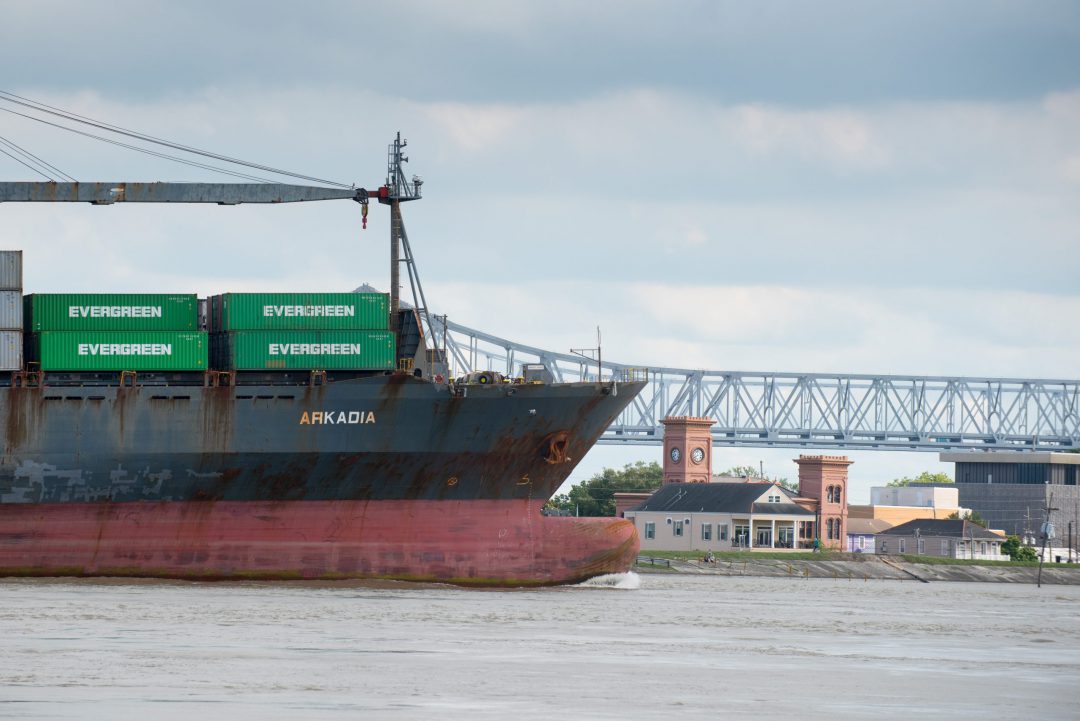 Evergreen Shipping launched a new weekly container service to and from the Caribbean and the Port of New Orleans (Port NOLA) on April 29, 2020, with the Evergreen Arkadia calling at the Port’s Napoleon Avenue Container Terminal.

“We are thrilled to welcome Evergreen’s new service to the Port and for the opportunity to provide our shippers with increased global connectivity through Evergreen’s extensive network of services in Panama,” said Christian.

The addition of Evergreen’s independent CAJ service adds to their current offerings in and out of New Orleans on the Oceans Alliance Asia and North Europe services. The new service will be handled by terminal operator Ports America at the Napoleon Avenue Container Terminal. The direct ports of call will be Manzanillo, Colon, Kingston and Port Au Prince with connections to/from Asia, West Coast South America and the Caribbean.

“The addition of the Evergreen service at this time underscores confidence in Port NOLA’s and our terminal operators’ ability to move cargo throughout the COVID-19 global pandemic challenges, keeping the health and safety of our frontline employees top of mind,” said Christian. 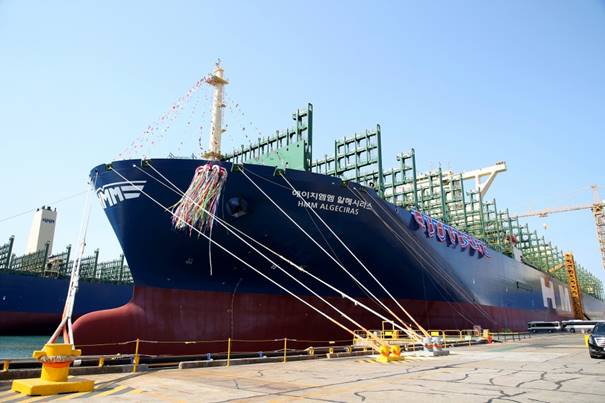 In particular, First Lady Kim Jung-sook served as godmother who cut the ropes to officially name the ship during the ceremony.

‘HMM Algeciras’ is the first of twelve 24,000 TEU-class vessels scheduled to be sequentially delivered until September, 2020.

In September 2018, HMM signed a formal contract for its twenty eco-friendly mega container vessels with three shipyards – DSME, HHI(Hyundai Heavy Industries) and SHI(Samsung Heavy Industries) in an effort to take proactive actions towards market change as well as form a sustainable profit-generating structure.

“For me, it is very meaningful that HMM takes delivery of the most technologically advanced containership in this difficult time. I would like to celebrate it and hope that HMM continues to secure a competitive advantage as a Korean national flagship carrier.”, says Moon Jae-in, President of the Republic of Korea.

“HMM will strive to expand its presence in the global shipping industry based on optimised fleet management and new cooperation with THE Alliance.” adds Bae Jae Hoon, President & CEO of HMM.

First electric 20-tonne excavator in the Netherlands for Van Oord