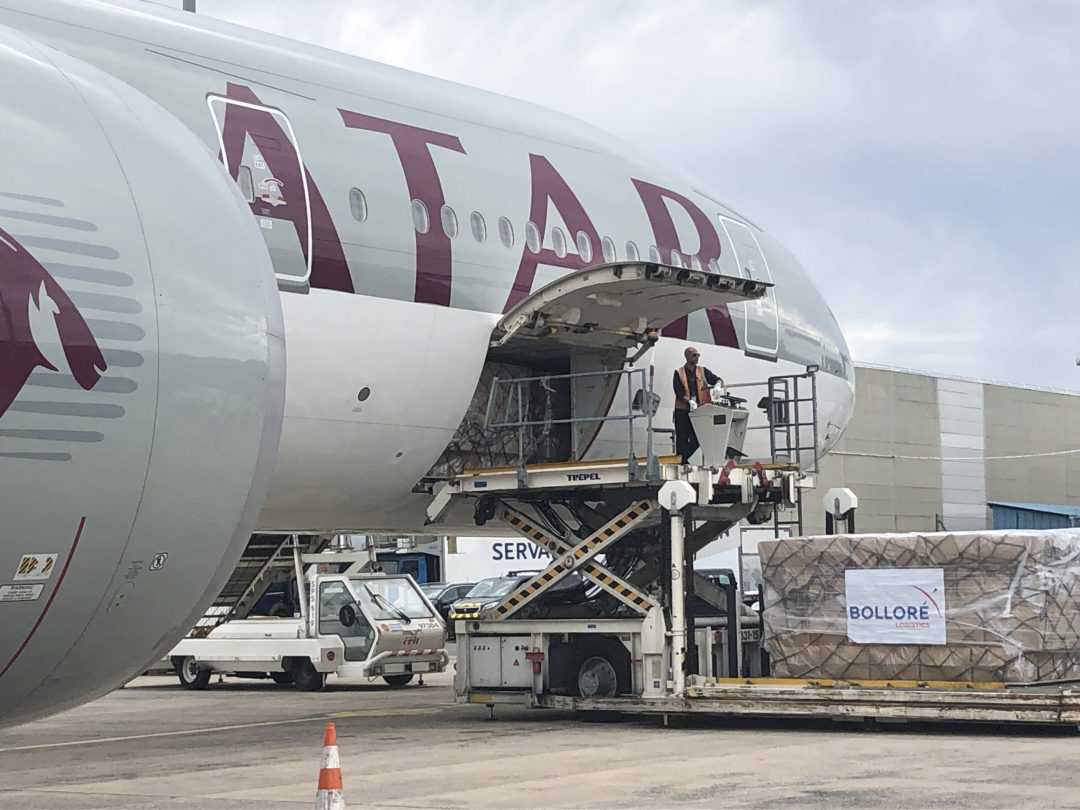 Qatar Airways Cargo is continuing to support global trade and facilitate supply chains across the world amidst the COVID-19 pandemic. The airline has now introduced an air bridge between Vietnam and France. Through this arrangement, eleven Boeing 777 freighters will operate from Hanoi in the month of May and four weekly freight-only Boeing 777 passenger aircraft will operate from Ho Chi Minh City until June for its customer, Bollore Logistics.

The flights will transport more than 2,000 tonnes of essential medical items, face masks and personal protective equipment to support the French Government and French Ministry of Health in the fight against the pandemic.

These flights are in addition to the airline’s scheduled ten weekly freighters from Vietnam.

Mr. Guillaume Halleux, Chief Officer Cargo said, “We are glad to support France in their fight against the COVID-19 pandemic. Our entire team is working hard to ensure critical medical supplies are reaching places where they are needed the most. We couldn’t have done this without the help of our commercial customers who have supported us to prioritise aid and relief shipments over their existing commercial arrangements. These are difficult times, but I am confident that we will all emerge stronger after the crisis is over.”

Since March 2020, the cargo carrier has operated a number of Boeing 777F charters and scheduled flights, bringing in over 5,000 tonnes of medical supplies and relief goods into France. The carrier also operated numerous charters with humanitarian aid and relief goods to multiple destinations in Europe.

The airline continues to operate a significant cargo schedule with approximately 175 cargo flights per day. During the past months, the cargo operator has worked closely with governments and NGOs to transport over 100,000 tonnes of medical and aid supplies to impacted regions around the world on both scheduled and charter services, the equivalent of roughly 1,000 fully loaded Boeing 777 freighters.

To ensure the safety of its crew and cargo, the carrier has implemented special procedures for ground handling including adherence to social distancing guidelines to ensure there is minimum contact between staff. All of its freighters and passenger aircraft are equipped with face masks, gloves and hand sanitisers for crew and all the crew and staff are screened regularly.

Related Topics:Air Freight
Up Next

SWISS to add new intercontinental destinations to its cargo-only network 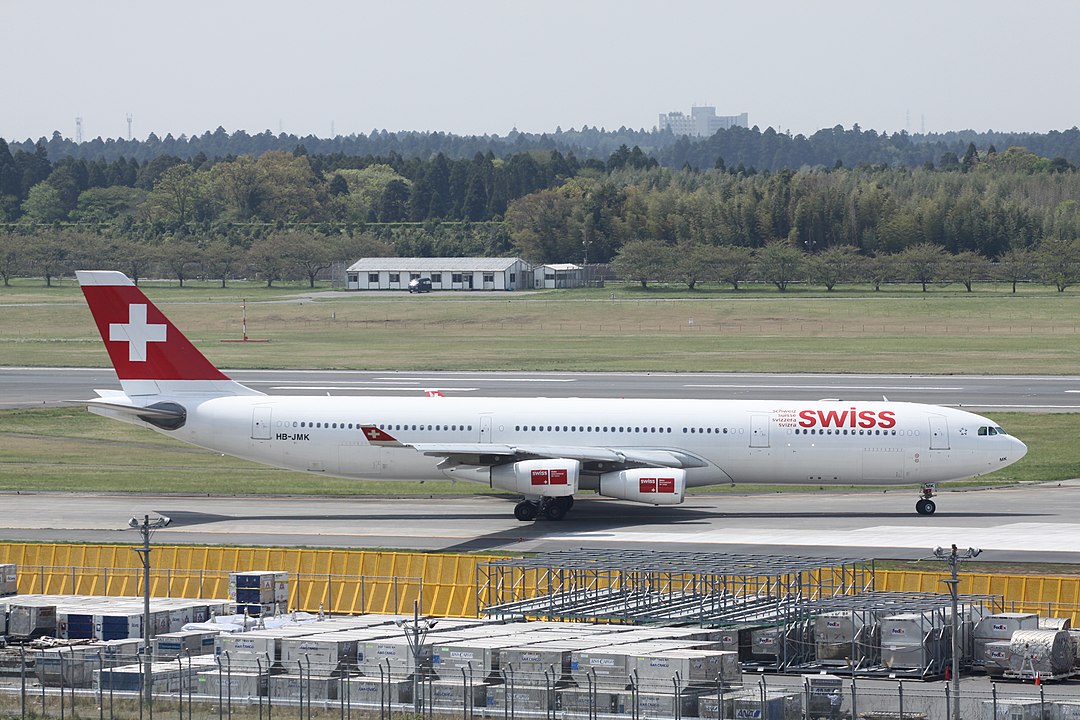 Since the end of March, SWISS and its Swiss WorldCargo division have operated more than 200 cargo-only flights, transporting over 4,000 tonnes of cargo between Asia and Switzerland. Most of the goods transported included medicines and medical supplies to support Switzerland and its population.

By including further intercontinental destinations to the SWISS route network, the company’s airfreight division, Swiss WorldCargo, can expand its services and, as of 15 May, will also offer frequent flights to Hong Kong (twice weekly), New York JFK (four times weekly) Johannesburg (weekly, performed initially by Edelweiss as cargo-only flight and from June by SWISS) and Mumbai (thrice weekly).

At the end of June, another 160 cargo flights are expected to be carried out on behalf of various private companies and public institutions. These will include the first-ever services to destinations such as Toronto and Shenzhen. The first of four such flights from Zurich to Toronto was conducted on 12 May, and ten cargo-only flights will be operated to Shenzhen from 22 May onwards. All these services will be performed with Boeing 777-300ER aircraft.

In addition, preparatory work is underway for the conversion of 4 Boeing 777-300ER. The Economy Class seats would be removed in order to increase the cargo volume on the aircraft. 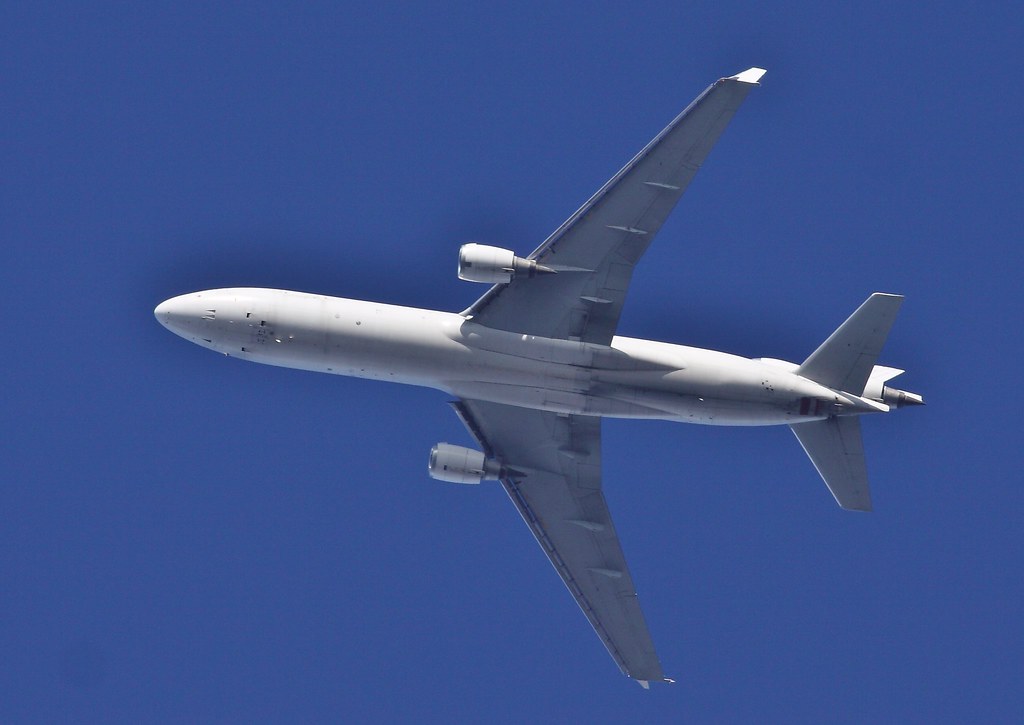 A significant percentage of air cargo coming from Asia today is PPE to fight COVID-19. Combined with an imbalance of ULDs, air carriers are challenged to move critical freight.

“The combination of our ULDs and the Descartes CORE ULD Tracking solution allows air carriers to track shipments and assets more effectively,” said Kenneth Poon, General Manager at innoAviation. “With real-time information, carriers would be able to know where the leased ULDs are in an instant and allow them to plan ahead effectively, which is critical at the moment.”

Descartes Core ULD Tracking is a Bluetooth-enabled solution that helps air carriers and their partners automate freight tracking, increase operating efficiencies and improve asset management by providing real-time visibility of air shipments bundled into a single ULD container or pallet. Shipments can be tracked whether in the air or on the ground via the Descartes Core BLE network, part of the Descartes Global Logistics Network™. 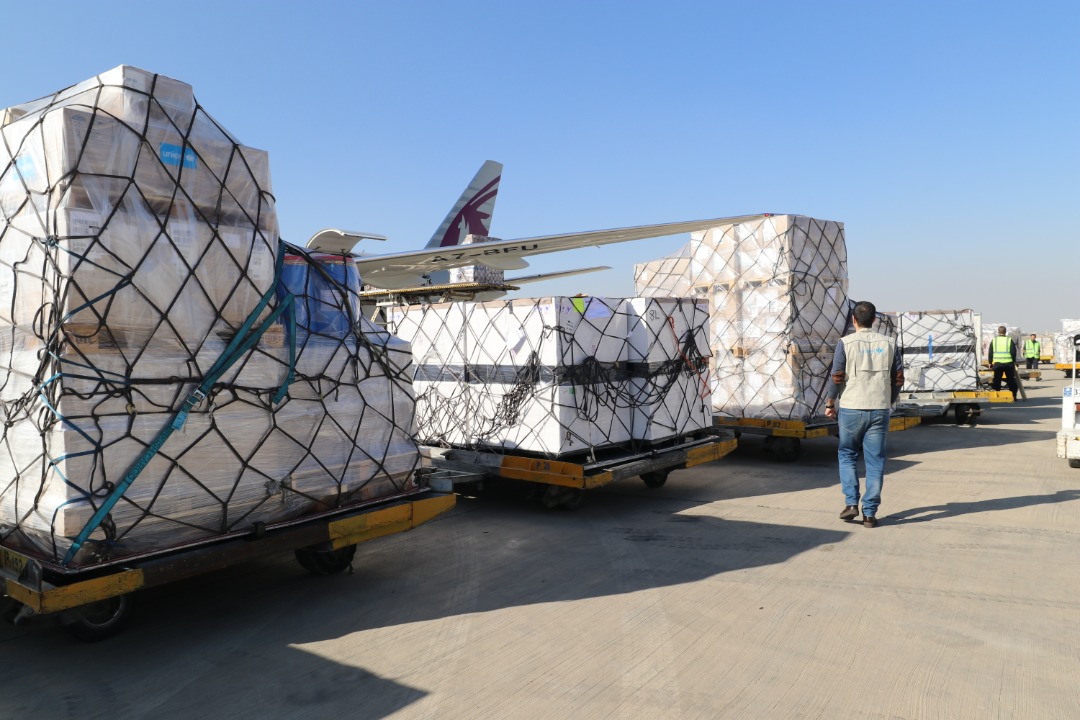 UNICEF in Iran will deliver these items to the Ministry of Health, Treatment and Medical Education for distribution among Iran’s brave health personnel in hospitals under universities of medical sciences admitting COVID-19 patients. In total, UNICEF has provided 63 metric tonnes of personal protective equipment (PPE) items, part of which have been distributed among health personnel in hospitals under medical universities in different provinces including Gilan, Isfahan, Khouzestan, North Khorasan, Sistan and Balouchistan, East Azerbaijan, West Azerbaijan, Qom, Tehran and Alborz.

Qatar Airways Chief Officer Cargo Guillaume Halleux said: “We are proud to be part of this initiative supporting UNICEF and Iran in their fight against the COVID-19 pandemic. These are difficult and trying times for the entire world, fighting the pandemic is a global concern and we see it as our shared responsibility to support frontline healthcare workers and impacted regions around the world.”

“Collaboration with private sector, governments and partners is critical to overcome the unprecedented logistical challenges posed by COVID-19” said Etleva Kadilli, Director of UNICEF’s Supply Division. “UNICEF is grateful to Qatar Airways for the generous donation and to the Government of the Islamic Republic of Iran for facilitating the shipment of these vital supplies, in support of Iran’s frontline healthcare workers, children and communities.”

Qatar Airways Group Chief Executive His Excellency Mr. Akbar Al Baker announced earlier in March that Qatar Airways would support the Iranian people and do its part by providing aircraft to transport donated medical supplies from around the world to Iran. Since then, Qatar Airways Cargo has transported close to 60 tonnes of cargo to Iran, in addition to the recent UNICEF shipments.

During this time of crisis, Qatar Airways Cargo has significantly increased operations to support global trade and the transport of essential supplies and relief goods to impacted regions.

The airline introduced additional cargo capacity to several cities such as Shanghai, Guangzhou, Paris, Amsterdam, Muscat, Kuwait, Delhi, Beijing and Melbourne among others.

The airline continues to operate a significant cargo schedule with approximately 175 cargo flights per day. During the past months, the cargo operator has worked closely with governments and NGOs to transport over 175,000 tonnes of medical and aid supplies to impacted regions around the world on both scheduled and charter services, the equivalent of roughly 1,750 fully loaded Boeing 777 freighters. Freight charters are being operated to multiple countries including China, India, Iran, Kuwait, Lebanon, France, Spain, Italy, Belgium, Germany, Poland, United Kingdom, the United States and Australia.

SWISS to add new intercontinental destinations to its cargo-only network